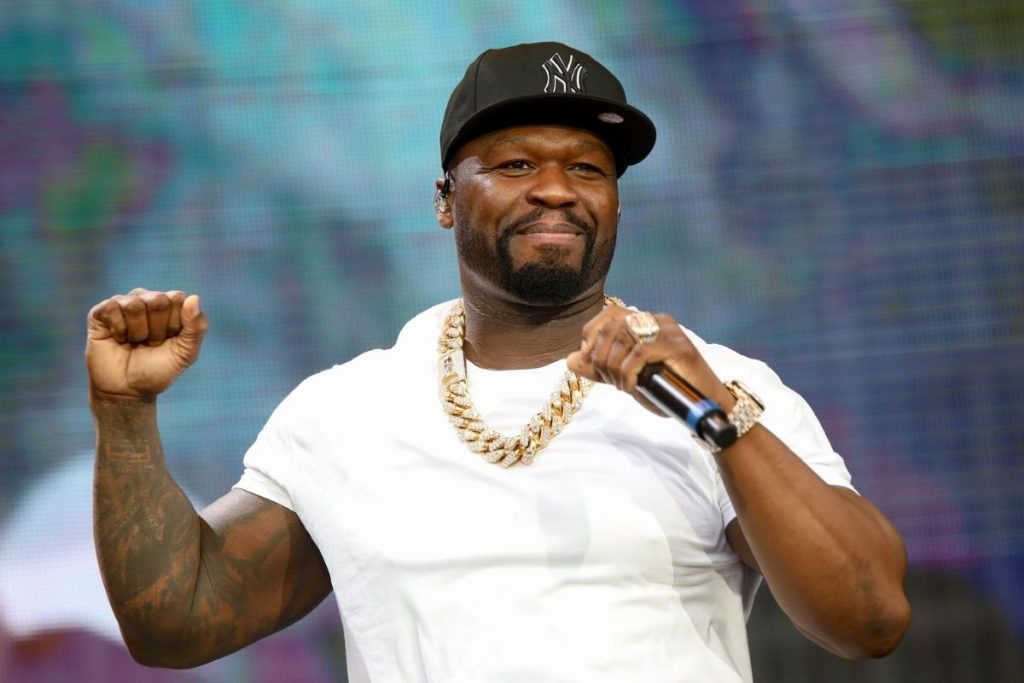 Kanye West has responded to 50 Cent’s joke about the costly backlash to his recent anti-Semitic ramblings.

In his return to Instagram on Thursday, Ye posted a fake news headline that read: “Ye Has Reportedly Cut Ties With Kanye West,” to which he wrote in the caption: “Had to cut ties bro.”

50 Cent then posted his own version of the joke, informing the world that “Curtis Jackson has reportedly cut ties with 50 Cent.”

“I’m getting rid of anybody who can get me fvcked up like kanye right now ! LOL,” Fif wrote in his caption.

Kanye caught wind of his former rival’s jab and replied in a since-deleted Instagram post, requesting they join forces to bring his Donda Academy to Houston, Texas, where 50 Cent currently resides.

“We got Donda school designs we need to build with 50 in Houston,” he wrote.
Kanye West and 50 Cent’s bizarre back-and-forth comes as the former continues to experience a massive fallout resulting from problematic comments he made regarding Jews, George Floyd and white supremacy on Fox News, Drink Champs and other outlets.

adidas, Balenciaga, Chase Bank and even Def Jam have since cut ties with the Chicago rap mogul. In a recent interview with MIT research scientist Lex Fridman, however, Ye called the mass exodus of business partnerships “the happiest day of my life.”
As a result of the fallout, Kanye West was also stripped of his billionaire status. According to Forbes, Ye lost upwards of $1.5 billion following the termination of his lucrative adidas deal. His net worth is now reportedly closer to $400 million.

“Ari Emmanuel, I lost 2 billion dollars in one day and I’m still alive,” Kanye wrote on Instagram on Thursday while reacting to the news. “This is love speech. I still love you. God still loves you. The money is not who I am. The people is who I am.”

The post was in response to entertainment industry super agent Ari Emanuel, who recently wrote an op-ed for the Financial Times condemning the companies still involved with Kanye West following his anti-semitic comments.
As for 50 Cent, his finances are looking better than ever before. Earlier in October, it was announced his Sire Spirits company had teamed up with yet another NBA team for a multi-year partnership deal, making it his third NBA link-up this year.

The G-Unit rapper will now be the exclusive beverage provider for the Indiana Pacers, as well as the Sacramento Kings and Houston Rockets. His film and TV empire is thriving as well .

Things are going so well for 50 Cent that he recently told Ebro In The Morning he doesn’t even need to release an album any time soon if he doesn’t want to.

“I’m on a world tour right now,” Fif said. “What I need, a new CD to do it? We’re starting to enter that stage where Prince was at, where he could say, ‘Yo, Imma do a show tonight,’ and it sells out.”