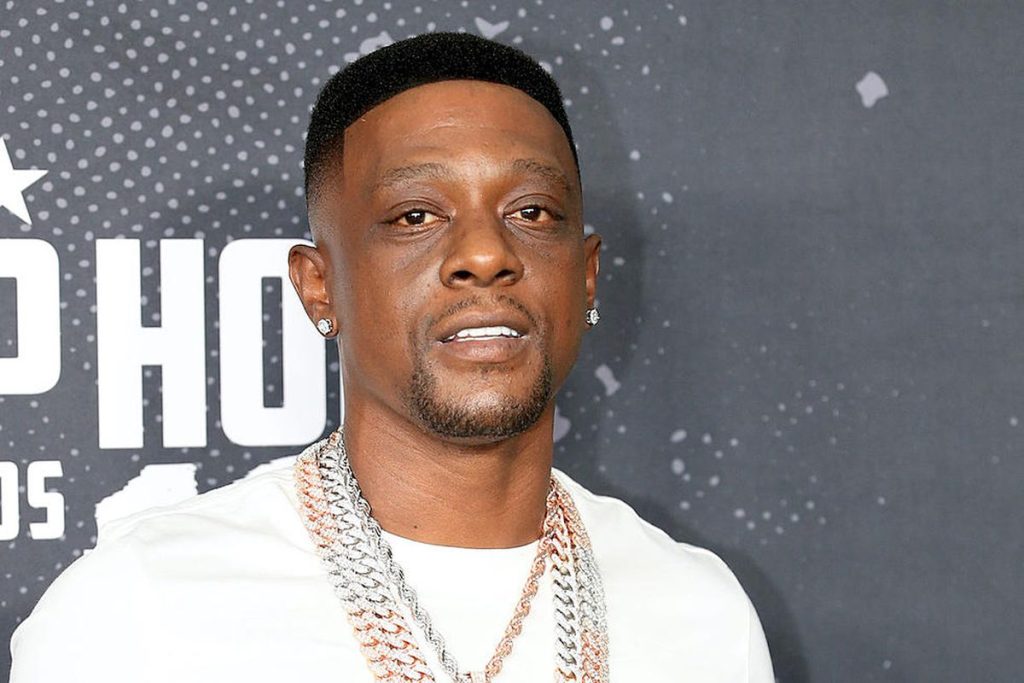 Boosie Badazz Slams Kanye West, ‘I Think U On Fentanyl’

Besides doubling down on some of his recent anti-Semitic comments during his chat with N.O.R.E. and DJ EFN, the since-deleted interview also saw Ye suggest that George Floyd was killed by fentanyl, not ex-Minneapolis police officer Derek Chauvin kneeling on his neck for almost nine minutes.

Boosie took issue with Kanye West’s comments and let it be known in a pair of tweets on Sunday (October 16). “Tryin to shit on GF N FUCK UP HIS GLORY SMH #really I THINK U ON FENTANYL,” the Baton Rouge rapper wrote.

In a follow-up tweet, Boosie Badazz added: “@kanyewest THE HATRED YOU HAVE FOR BLACKS IS SAD. N they STILL SUPPORT YOUR COON ASS. First Slavery was a choice,white lives matter,now George Floyd etc.N ITS SAD THAT BLACKS WITH A PLATFORM AINT TELLING U SHIT for ATTACKING OUR RACE LIKE U DO #WELLIAM U SICK FRFR.”
This isn’t the first time Boosie has called out Kanye West in recent weeks. Earlier this month, the “Wipe Me Down” hitmaker went off on Ye for the White Lives Matter t-shirt he wore during an appearance at Paris Fashion Week.

The “White Lives Matter” slogan has historically been uttered by white supremacists and critics of the Black Lives Matter movement, with the Anti-Defamation League going so far as to categorize the phrase as a hate slogan, so needless to say the shirt has had a polarizing effect online.
“@kanyewest AFTER ALL WE BEEN THROUGH AS A RACE YOU PUT THIS DISRESPECTFUL SHIT ON!! U GIVES NO FUCKS ABOUT HOW BLACKS HAVE DIED N SUFFERED TO THE HANDS OF THE WHITE MAN N U SAY BUSH DON’T LIKE BLACK PEOPLE…REALLY N-GGA” Boosie wrote on Twitter.

While Kanye West is no stranger to receiving backlash as a result of his polarizing opinions, his latest round of controversial statements seem to have been the most impactful to date. In recent weeks his Instagram account has been suspended and his Twitter account is locked for making anti-Semitic posts while texting Diddy.

Meanwhile, George Floyd’s family has filed a $250 million lawsuit against Kanye West, citing “harassment, misappropriation, defamation and infliction of emotional distress” in relation to his defamatory statements on Drink Champs.